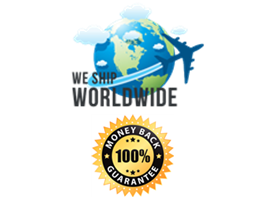 Getting the Best RWBY Costume Ever

Posted in Anime Cosplay By

Looking for an RWBY Costume? Pronounced as Ruby, RWBY is an anime-inspired American series online that was created for Rooster Teeth Productions by Monty Oum. The setting of the show is in the Remnant fictional world. There are many supernatural forces in this world. The RWBY series focuses on its own team which is composed of a team of RWBY characters.

In RWBY, Ruby Rose is the RWBY protagonist. The series is about four primary girls attending a huntress training school. Rooster Teeth is the producer of the series. This was previously a low-budget undertaking but has developed a giant fan base. Each character is relatable and simply wonderful. There are also supernatural scenes plus awesome fight scenes.

When it comes to RWBY inspired costumes, most of the mass produced versions have cheaper choices for fabric. It is a good idea to keep searching until you find well-made items. For instance, the look and feel of heavy fabric is quite different and is more realistic. Those who are looking for a red cape costume for RWBY, which is her trademark will find many different versions. Red fabric with knit rayon or polyester is quite popular. For a cape, using a knitted fabric will look more dramatic compared to wearing shiny, cheap capes. Find a cape with a lining as this will give the entire costume a bit of weight, At conventions, a few people may accidentally step on the cape so bear this in mind when you are making costume alterations. In fact, you may want to get two different capes. One long one for less crowded conventions and a shorter versions for crowded conventions.

If you are planning to buy RWBY Red's costume for a cosplay convention, you will usually get a set that includes a leg circle, socks, belt, tunic, cloak, panniers and a dress. These range in size from extra small to extra large. There are more than a few costumes available online and slight alterations for precision make a huge, dramatic difference. Remember, the closer you are to the real character's costume, the better.

When it comes to costumes for RWBY, nothing gives the same flair as using the right accessories. For instance, on Ruby's belt, there are six bullets. Finding a real bullet belt rather than just a regular belt to represent the real thing is recommended. The more realistic you are, the better. Remember the bullet cuffs of Black Widow? These are safe for conventions and are light enough to wear for most of the day. Find accessories in accurate colors. Find a grey pouch rather than a white or black one as Ruby's pouch in the series was a distinctive grey. Last by not least, don't forget that Ruby had a scythe. Try and find a scythe that looks the same as hers. If not, you will have to make your own scythe.

Most importantly, the emblem needs to be included in the costume. Remember, wearing the wrong emblem is just going to be confusing. You may even want to consider making an accurate emblem rather than forcing yourself to wear the wrong one, just for the sake of having an emblem.

When it comes to cosplay, every little detail counts. This means that accurately portraying Ruby's hair is going to matter. Try and find a wig that is exactly Ruby's black hair. You can do this by getting yourself a regular wig and then trimming it according to the hairstyle of RWBY. This is true for any cosplay characters you are dressing up as.